Wifi-soft, a wireless equipment manufacturer based out of Pune recently organized multi city partner meets in Gurugram & Bengaluru. The event was attended by leading channel partners and solution providers working in the government and enterprise networking segment in both the cities.

Wifi-soft has been paving the way for innovation since its inception. Being one of the earliest companies in the wireless (WiFi) space, Wifi-soft managed to bag some large orders for deploying WiFi in Delhi Metro, Maharashtra State Road Transport Corporation (MSRTC) & Karnataka State Road Transport Corporation (KSRTC) buses. The company also did deployments in domestic and international airports like the Hawaii Honolulu, Hamburg, Cancun, Calicut, Mangalore, Vijayawada airport. They have also deployed 2000 public WiFi hotspots in Mumbai with over 200,000 daily users who consume over 8 TB of data daily. Environmental & security related concerns makes any installation in a public area extremely difficult, but Wifi-soft has been developing new and innovative methods of addressing these issues.

We have already made some good inroads in the government and enterprise sector both locally as well as globally in last few years and building a strong channel partner eco-system will be another key focus area for us to ensure a solid growth for the company. We have always been a strong proponent of creating a robust partner eco-system and would like to work with our partners and support them in increasing their revenues by offering technical trainings, healthy margins and incentives, said Rishi Ghare, CEO, Wifi-soft. 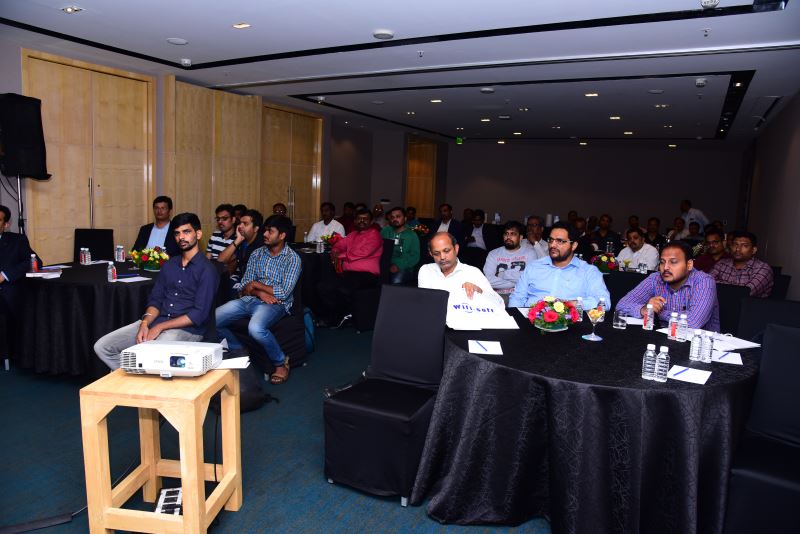 Globally cutting edge technologies like IoT and next generation devices are already disrupting and transforming a common man’s life. We at Wifi-soft are fully geared up to address this space and are poised to play a key role by partnering with appropriate technology backed organizations, said Sohail Ahmad, CTO, Wifi-soft.

The Gurugram event was organised with Wretro, an industry leader in the home automation & IoT space. The company has been deploying home automation systems by using Wifi-soft’s wireless solutions to help everyone taste the luxuries of technology. We have been working in the IoT space quite aggressively and the current focus is to drive growth via real estate and hospitality segments, said Punit Kochar, CEO, Wretro.

The Bengaluru event was in collaboration with Nyxses, a system integration company which provides specialized solutions for wireless and IoT deployments. Since IoT and wireless led technologies and solutions will play a key role going forward, it’s imperative for the company to focus on this segment by identifying and working with right eco-system in the industry, said Vishwanath, CEO, Nyxses.

The next string of these partner meets is going to start in October and will focus on cities like Mumbai, Kolkata, Chennai and Hyderabad. For exclusive invites & to become a partner drop a mail to marketing@wifi-soft.com